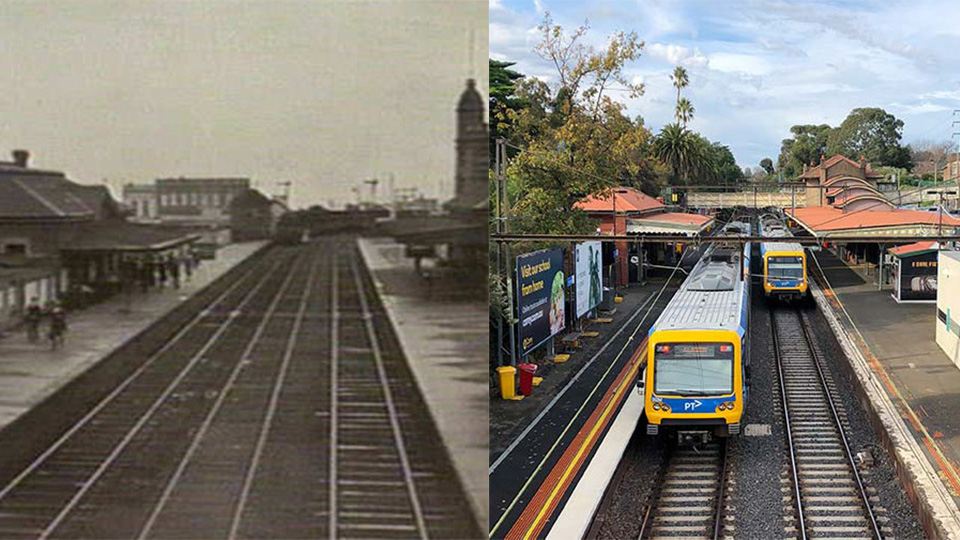 Camberwell train station sits proudly at the gateway to the bustling Camberwell shopping precinct, having served residents for more than a century.

The railway station has been pivotal in the history of Camberwell, allowing shoppers easy access to services and a stunning variety of shops to cater for every need.

Rich in history, the Camberwell train station opened in early April, 1882 – only five decades after Europeans first staked land claims in the area.

The extension of the railway line connecting Camberwell to Melbourne had a profound impact on population growth, more than quadrupling the population from just 1,400 to 6,000 during the following two decades.

Camberwell train station was originally a terminus on its own line for several months before the railway line was subsequently extended to Lilydale.

A new station was constructed at East Camberwell to create an interchange when the first part of the Outer Circle line opened in 1891.

Unfortunately, the Outer Circle line was not a success and multiple sections closed.

By 1898, only the Ashburton line remained and was later extended to Alamein. This enabled trains for Ashburton to leave from Camberwell. 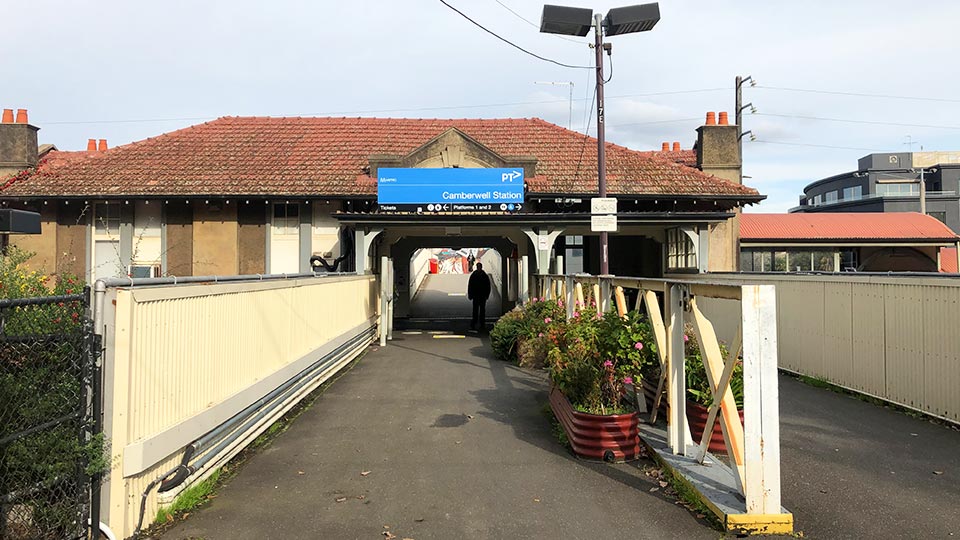 The current Edwardian ‘grand dame’ railway station in Camberwell opened in 1919, when the previous station was demolished, and the railway lines were situated in a cutting.

The need to remove gradient from Auburn was a factor because it was so steep that steam locomotives couldn’t pull a fully loaded train between the Auburn and Camberwell stations.

Prior to the works, peak hour trains had to be separated.

Major delays were caused by the locomotive bringing a set of carriages to Camberwell before returning for the others.

Camberwell train station made history in 1964, when it was the first in Victoria to have push button signalling installed. The railway station attained ‘premium’ status two years later.

The Camberwell train station is connected to the Lilydale, Alamein and Belgrave lines. 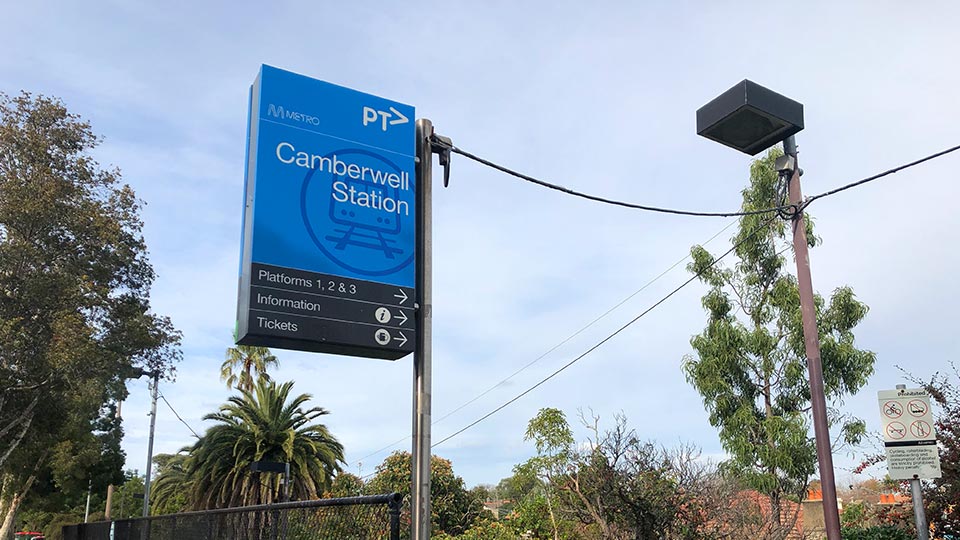 The fight to save Camberwell railway station

The railway station was the focal point of a heated controversy for almost a decade after plans were launched for a major redevelopment at the site.

In early 2003, VicTrack announced plans to redevelop the Camberwell railway station, which included developing the station and the adjacent carpark with a multi-storey building plus commercial spaces.

The plan sparked a massive community backlash, with actor Geoffrey Rush and prominent comedian Barry Humphries backing a high-profile campaign against the proposal.

Rush and Humphries led a protest march along Burke Rd from Camberwell Junction to the Camberwell train station, where the comedian read a poem about planners.

Rush famously likened the impact of the development to “Godzilla’s footprint”.

Despite fierce opposition, the state’s planning tribunal gave the green light for a nine-storey development at the site in 2009.

However, the development was effectively dropped three years later after VicTrack and the preferred developer could not agree on commercial terms – ending years’ of dispute involving counter proposals and protests.

Today, our much-loved Camberwell train station sits proudly in her rightful place at the gateway to Camberwell shopping precinct.

As Rush poignantly noted at the height of the protests, the station has always been the “darling of our community” since her inception. 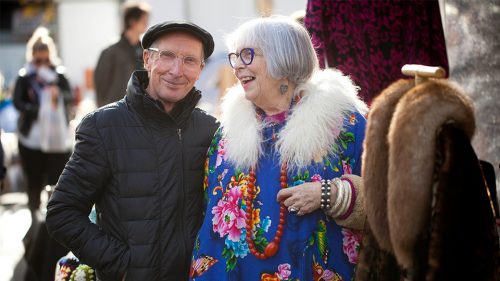 For more than 40 years, shoppers in search of antiques and second-hand treasures have flocked to the Rotary Camberwell Sunday Market. 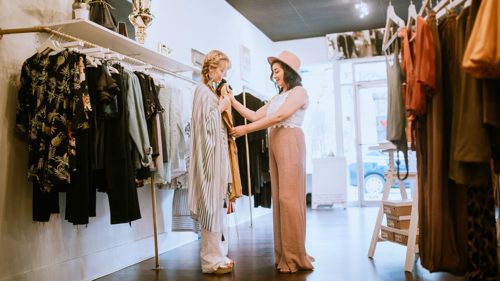 A guide to women’s fashion boutiques in Camberwell

There’s beauty in being able to find a distinctive garment or rare accessory. Here’s where you can find fashion boutiques in Camberwell shopping precinct.