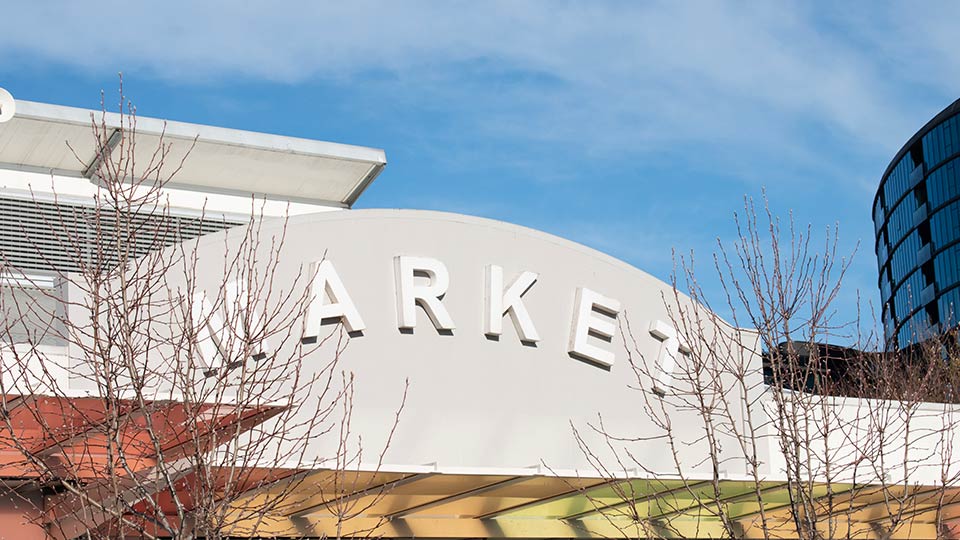 As you wander around the stalls of the Camberwell Fresh Food Market, stop for a moment and consider that where you are standing has a vibrant history.

A few generations of shoppers before you have stood in this spot, choosing meat and fish and flowers.

Even before traders first erected their stalls 91 years ago, trade of an entirely different kind – wagons and carriages – was conducted on the site.

And for many generations before that, the indigenous people who identify as speakers of Woiwurrung and Boonwurrung languages thrived on the land here.

Read on to learn more about the history of Camberwell Fresh Food Market:

In The Leader Agricultural Supplement on September 5, 1896, a small advertisement under the heading Rooks and Scott states the early idea for a market offers among the “well assorted exhibit of business and pleasure vehicles” a range of “fruitgrowers and market gardeners waggons”.

When the men placed the ad for their Camberwell Carriage Factory, they had no idea that 33 years later the now much-loved Camberwell Fresh Food Market would be built where those fruit growers and wagons stood.

And Scott – who later became Cr Scott – would be instrumental in the fight for the market.

In 1888, the two Harrys (Rooks and Scott) reportedly paid Camberwell Inn licensee Harry Withers 50 pounds to start a carriage manufacturer at the site where the market now stands.

The carriage factory traded successfully until 1914, when Rooks and Scott moved on to separate endeavours. Allen Motor Engineers moved in and extended the building in 1924.

It would be another four years before the idea of – and the campaign for – a large fresh produce market on the site would be born. 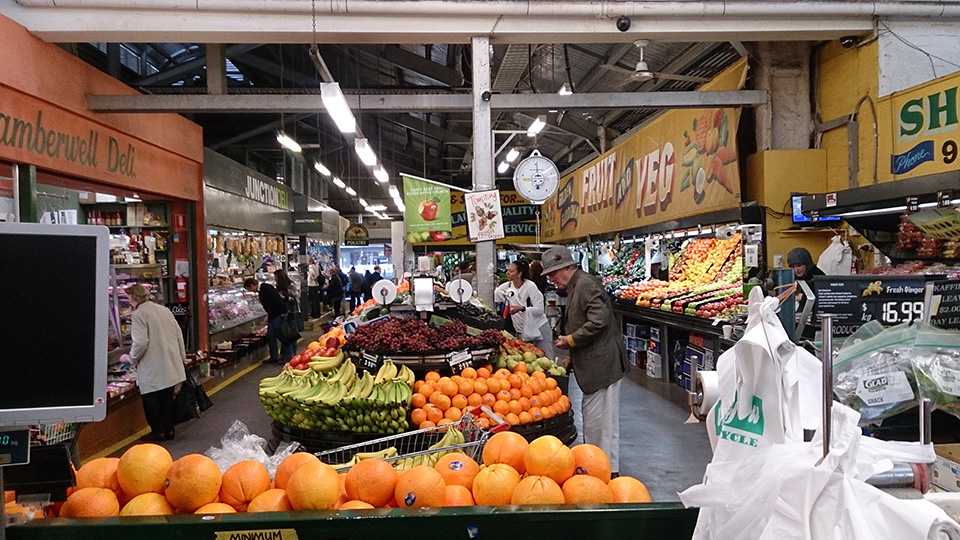 The makings of a market

The centre of trade for the area was then, as now, Camberwell Junction, and councillor B Bentley proposed the idea of converting a building in Riversdale Rd (near the Junction) “into a market shopping centre”.

But it took almost a year of building support, getting council approval, and drawing up plans before the market dream became a reality.

On March 25, 1929, Cr Rooks officially opened the market – built for the princely sum of 9,100 pounds – on the spot where he had once run his thriving business.

Despite the almost immediate onset of the Depression, Camberwell Fresh Food Market grew to be a bustling hub of trade.

It built a reputation for quality and freshness and for its wide range of food supplies for a shopper ever eager to seek out more exotic produce. 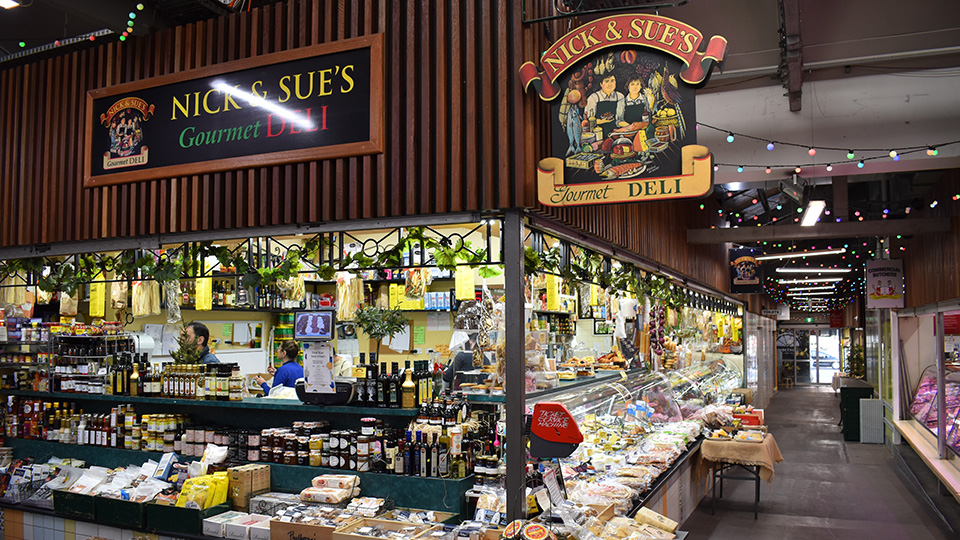 However, the passing of time wasn’t kind to the building and in 1966 the modern shopping method – the supermarket – came to Camberwell, threatening the market’s future.

In 1982 Camberwell Council mooted a possible redevelopment of the market and commissioned a study but before any of the identified problems could be rectified, a fire gutted the market on Easter Monday in 1992.

Many resilient traders returned to a partially reopened building in September and in 2002 it was eventually renovated, and a new entrance installed at the rear carpark.

Two years after the revamp, two new mosaics were created by Helen Bodycomb and René Schaefer and installed in the market.

Reborn, the Camberwell Fresh Food Market thrived and is still what it first was – a bustling, energetic shopping hub renowned for a vast selection of fresh food, fruit, vegetables, seafood, poultry, and flowers. There are is also a shoe repair store, cafes, natural skincare products, and healthy pet supplies.

Many of the traders running stalls are second and third generation family-run businesses.

Harry Rooks would be thrilled not only to see the market still flourishing more than 90 years on but to see the growth of the wider Camberwell shopping precinct too. 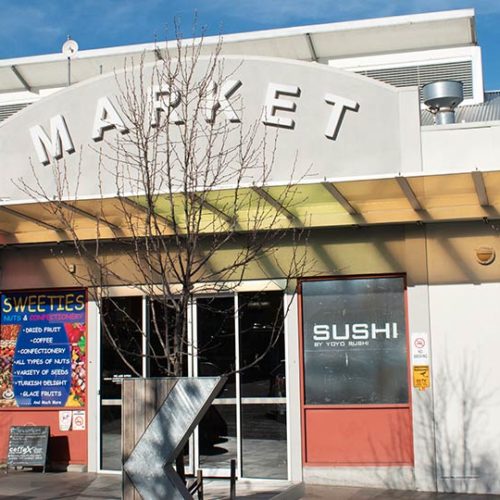 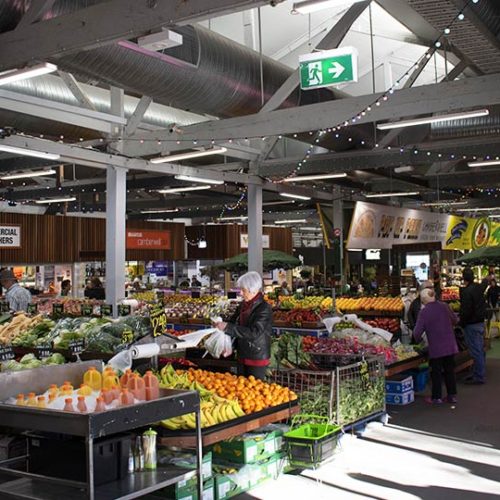 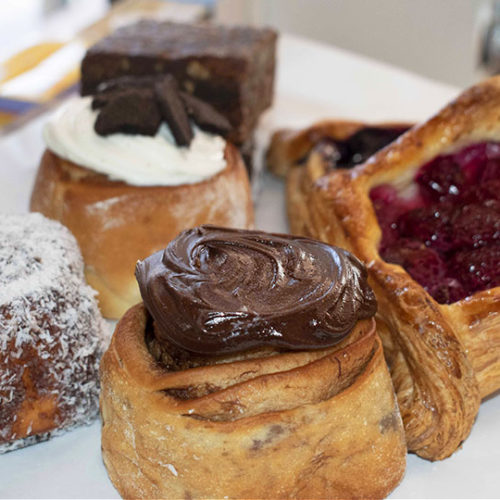 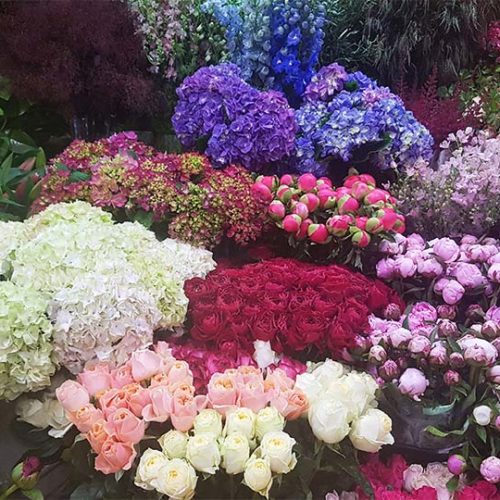 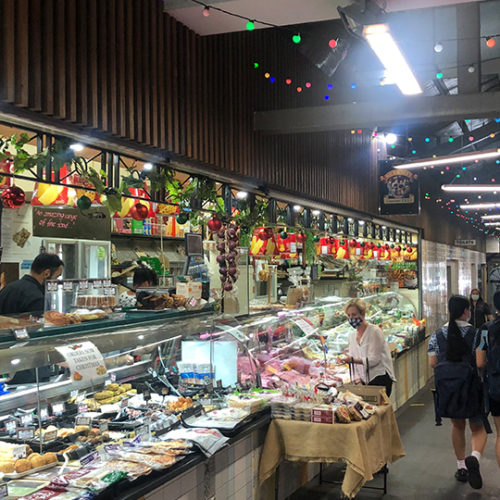 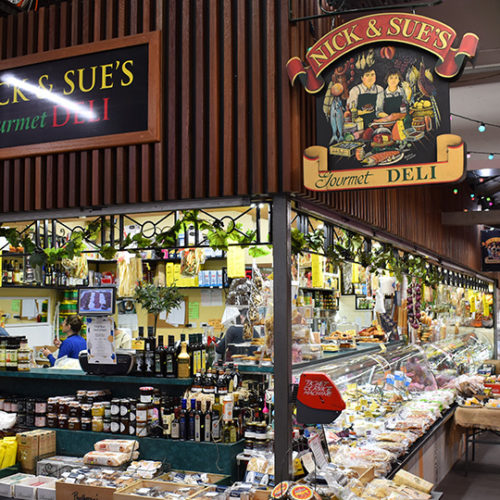 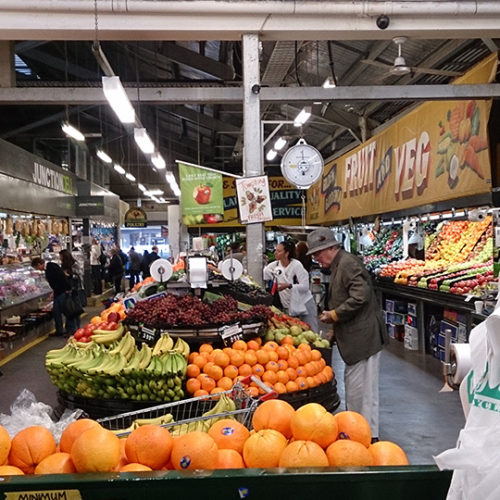 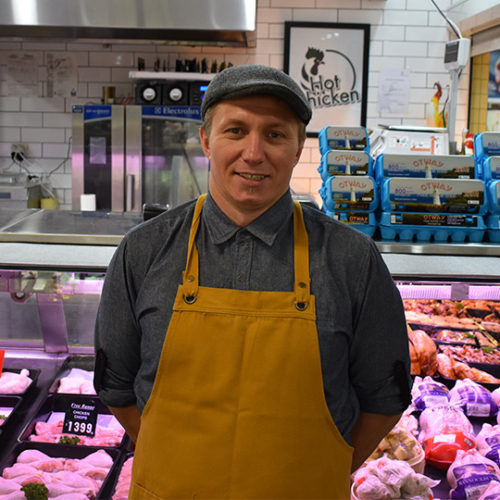 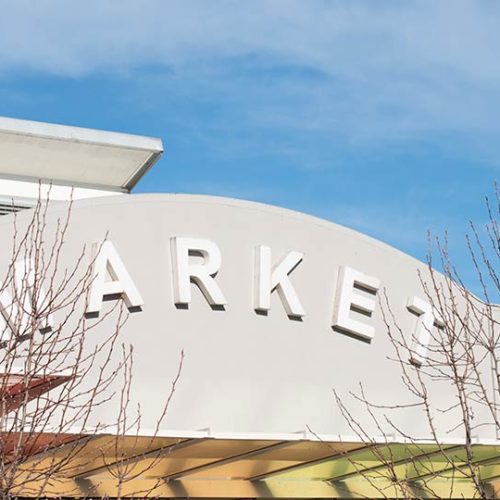 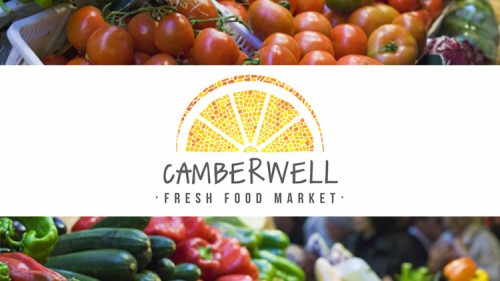 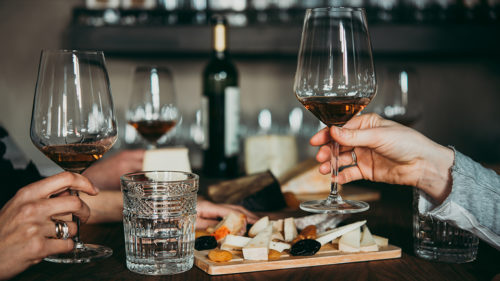 Discover the best wine bars in Camberwell to enjoy a drink

Australians love wine – it’s just a fact. But while we’ve enjoyed our Merlots and Cab Savs for generations, it’s only recently that the phenomenon... 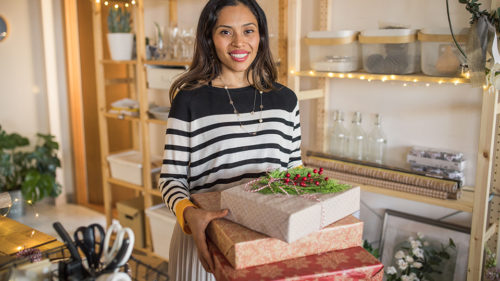 These are Camberwell’s best shops for unique gifts 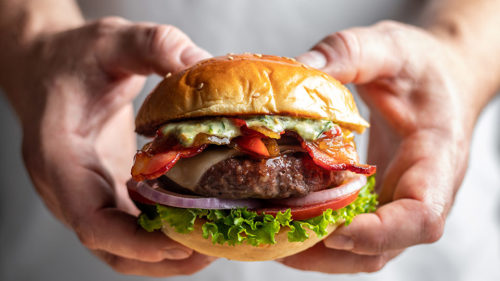 Where to find the best burgers in Camberwell, Victoria

Two freshly toasted buns and an assortment of tantalising fillings equals infinite mouth-watering possibilities. The ever-popular burger has been a staple... 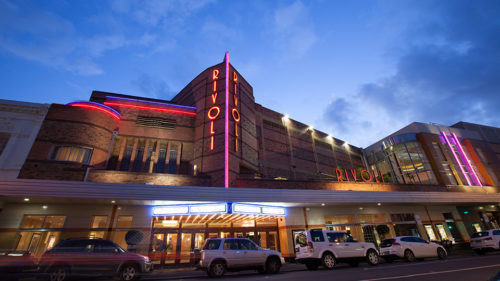 Do you know about the gems of Camberwell? A few of the most wonderful places in Camberwell shopping precinct are local icons, hidden venues, and historic... 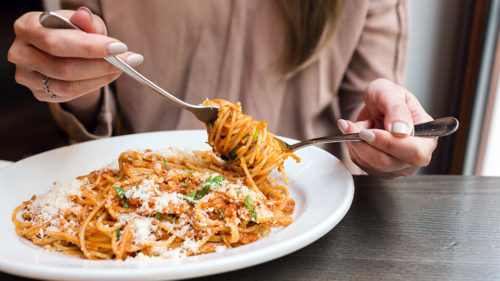 Stroll the streets of Camberwell shopping precinct and allow the flavours and aromas of the area’s best restaurants and cafes to transport you to Europe. Their... 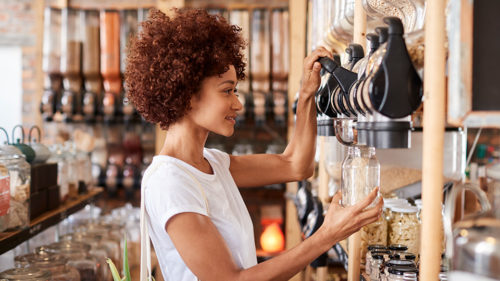 A guide to sustainable shopping in Camberwell

With shoppers looking to spend their dollars with environmentally friendly retailers, eateries and other traders, businesses in Camberwell are responding. Camberwell... A guide to homewares and furniture stores in Camberwell

Whether you’re throwing a dinner party in your home, in dire need of new bed linen, or simply looking to spruce up your interiors, Camberwell is the... 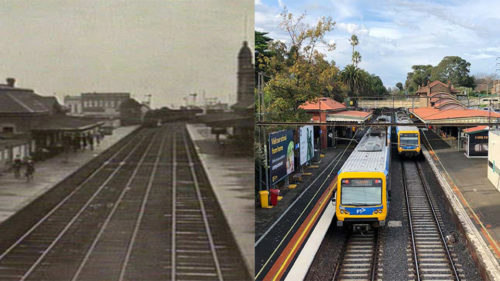 Camberwell train station sits proudly at the gateway to the bustling Camberwell shopping precinct, having served residents for more than a century. The...