Film has played a fundamental role in the Camberwell community. In particular, Camberwell’s Rivoli Cinemas serves as a cultural and historical icon.

It opened in November 1940 and was later placed on the National Trust’s Register. It is listed as one of Australia’s significant heritage buildings that requires special care.

The Rivoli’s refurbishment in 2000 was achieved with the consultancy of Heritage Victoria and Society Art Deco to ensure the cinema was restored to its former glory.

The Rivoli’s Art Deco style is widely admired as an example of moderne design in Melbourne. With its grand staircase, unique circular patterned carpet and rooftop garden, the Rivoli has inspired both lovers of film and architecture for generations. Gerry Kennedy, President and Archivist at the Cinema and Theatre Historical Society, said cinema and film have played an important role in the local community.

“Historically cinema provided a focal point for the community to be entertained. In earlier times there were limited social activities available to people and cinema played a large part in social life… Camberwell has been, and still is, a major source of film entertainment.”

Kennedy said the Rivoli’s accessibility has drawn patrons from far and wide.

“The building of the Rivoli set a new standard for patrons with its stylish design and decoration, and comfort.

“The Rivoli was the first theatre in Australia to be twinned thereby increasing the number of films available to patrons. It is now a multiplex which has been cleverly designed and tastefully decorated to retain the old world feeling.”

“The Rivoli could be described as the last grand cinema built in the Melbourne suburbs,” adds Kennedy.

“It is important for the community to enjoy and respect film because they can be entertaining, thought provoking, educational as well as providing an insight into other cultures.”

Find the Rivoli Cinema in Camberwell 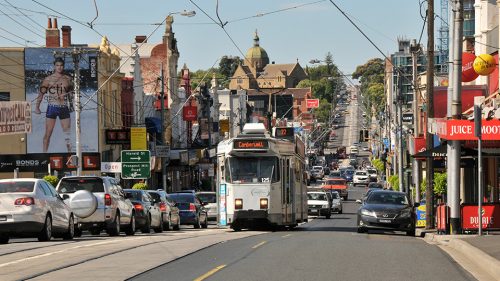 Find yourself in Camberwell

With more than 400 stores offering a diverse mix of retail, hospitality and services, Camberwell shopping precinct has something for everyone.