Camberwell’s Nigel cafe gets vibrant makeover with ‘mural for community’ A local artist has given a roller door at a Camberwell cafe a vibrant makeover, with a striking mural that reflects movement and diverse lifestyles.

The mural appears next to Nigel cafe in Burke Rd, right near the junction, and displays people walking in different directions against a palette of varying shades of green.

Artist Jimmy Mollison, who lives locally in Camberwell, said the concept for the outdoor artwork he created was inspired by the movement of people – those coming and going from the cafe, those on their daily commute, and people travelling in different directions.

The artwork shows an interpretation of the diverse lifestyles that people lead, while the different shades of green gives the mural depth and dimension.

“Nigel has a deep green in their logo and dark green umbrellas at the front of the cafe, so we wanted to continue that colour palette in the mural,” he said.

“And because the cafe is not as much of a dine-in venue, it’s more of a grab-and-go cafe, we thought that whole concept of movement, hustle and bustle, get in and out, and people heading off to work or school, would be good.”

The mural also incorporates a nod to the Camberwell neighbourhood, with a traditional Victorian house and a wooden picket fence, commonly seen around the area, featured in the artwork.

“Bringing in that element of the history of Camberwell, with the housing and picket fence, was about tapping into the nostalgia of the area,” Mollison said. 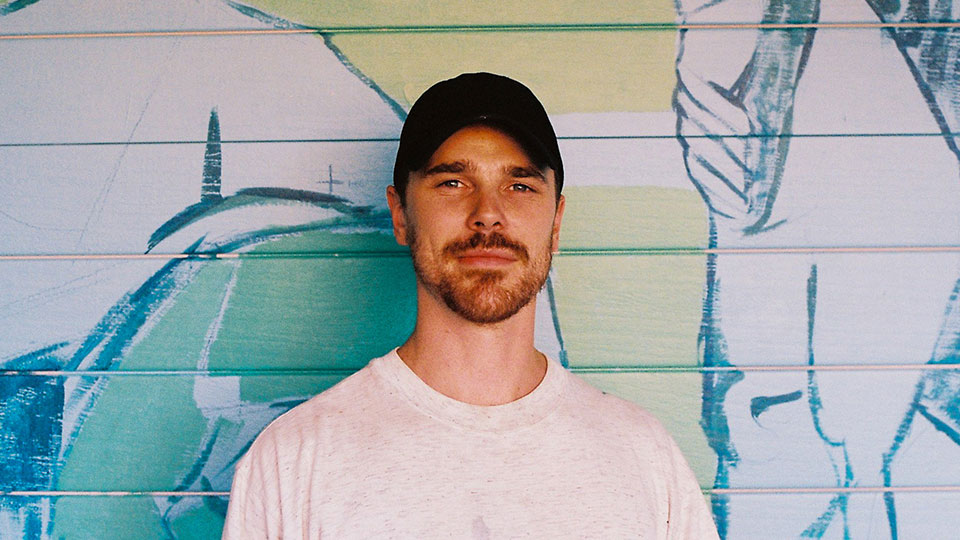 Nigel owner Daniel Dick, who commissioned the artwork, said he was looking for something to revitalise the outdoor space of his cafe.

“Before it was literally a roller door, so it was pretty drab to begin with. Now we have something vibrant tucked away there, and it was a really nice way to activate that space,” he said.

“Part of it [the mural] was about creating a connection with our community. Jimmy had an idea to create something that incorporated this ‘takeaway, commuter and community vibe’ which I think he captured very well.

“Street art and cafe culture goes hand in hand, so they compliment each other well. Now it gives people something bright and colourful to enjoy and I’m sure it’ll bring a smile to their face.” 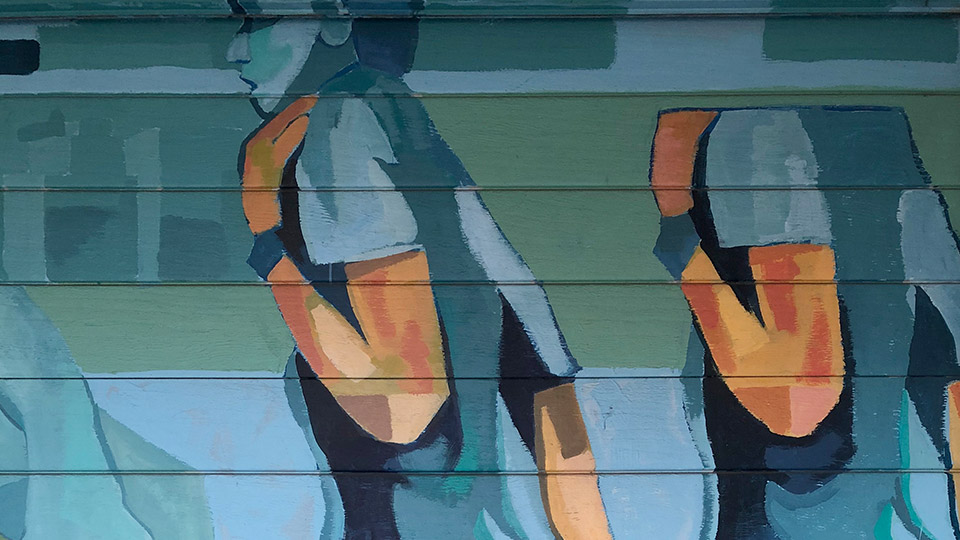 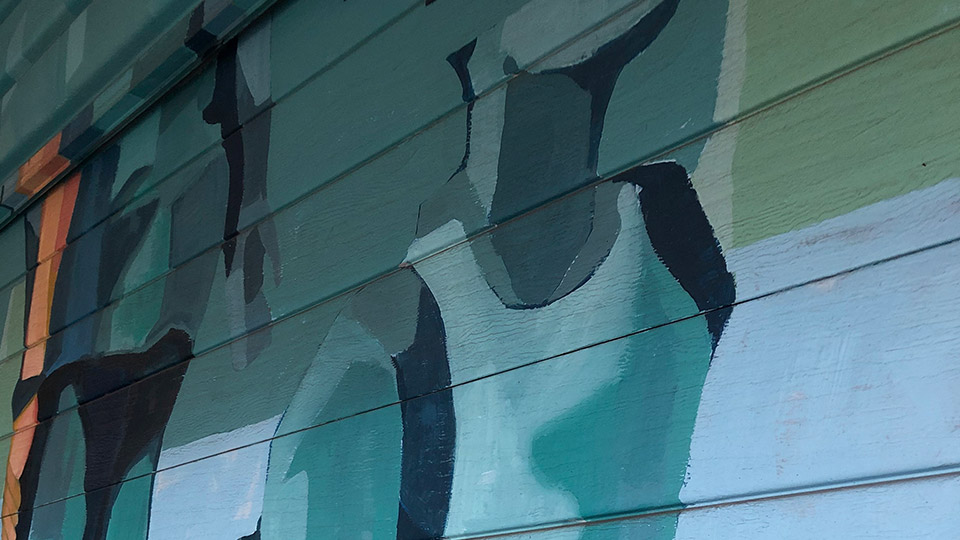 “The artwork is striking and certainly captures your attention as you walk past it. It has not only elevated the area immediately surrounding Nigel cafe, but has also enhanced the junction by adding a focal point of interest,” she said.

“The traders’ association is currently working with Boroondara Council’s placemaking team to update and refresh the precinct, so we hope to see more opportunities for public art and creative additions to improve the ambience, which we feel the community would appreciate.”

With the mural now complete and publicly visible, Mollison said he hopes people will “simply enjoy it”.

“I hope it makes people smile as they walk past or that it gives them something interesting to look at. But I also want people to feel like they’re at home in Camberwell,” he said.

“The mural belongs to the community now – it’s there for everyone to enjoy.”

Jimmy Mollison is a painter, illustrator and designer who lives in Camberwell. His artworks mainly focus on figures, portraits and shadows, and the concept of movement is prominent in many of his projects. You can follow him on Instagram at @jimmmmyjam

All other images courtesy Jimmy Mollison. 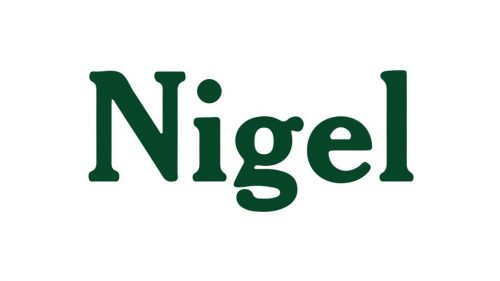 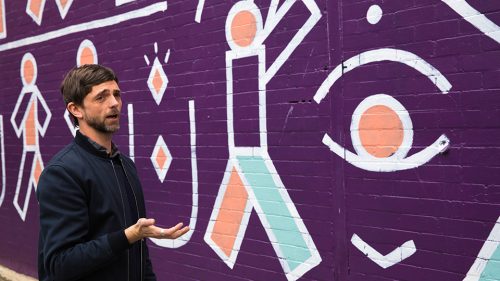 Camberwell’s laneways have become a walk of art with a recent makeover in the busy shopping precinct. The laneway between Prospect Hill Rd and Market... 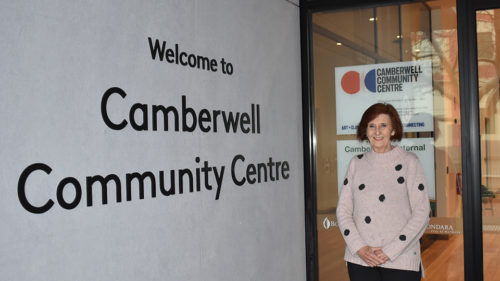 Camberwell Community Centre reopens to offer all services under one roof

Camberwell Community Centre has reopened in a new building and, for the first time, offers all its services under the one roof. 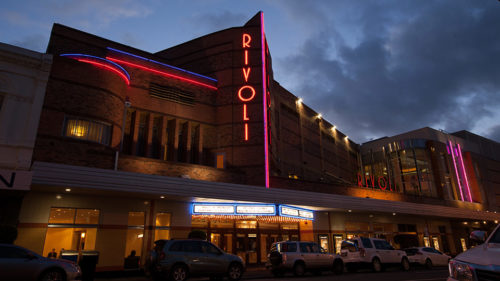 The iconic Rivoli Cinemas in Camberwell has marked 21 years since undergoing reconstruction and reopening as an eight-screen multiplex. In May 2000, the... 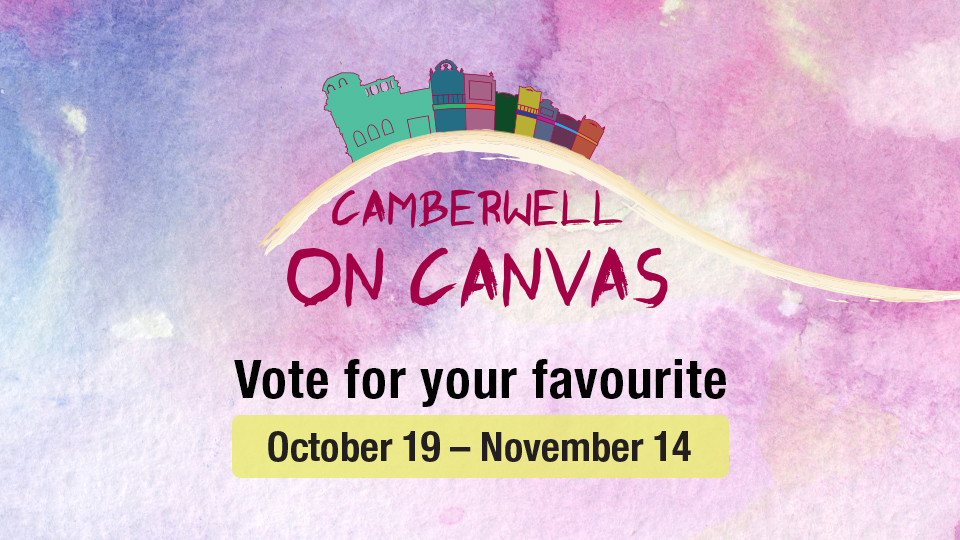 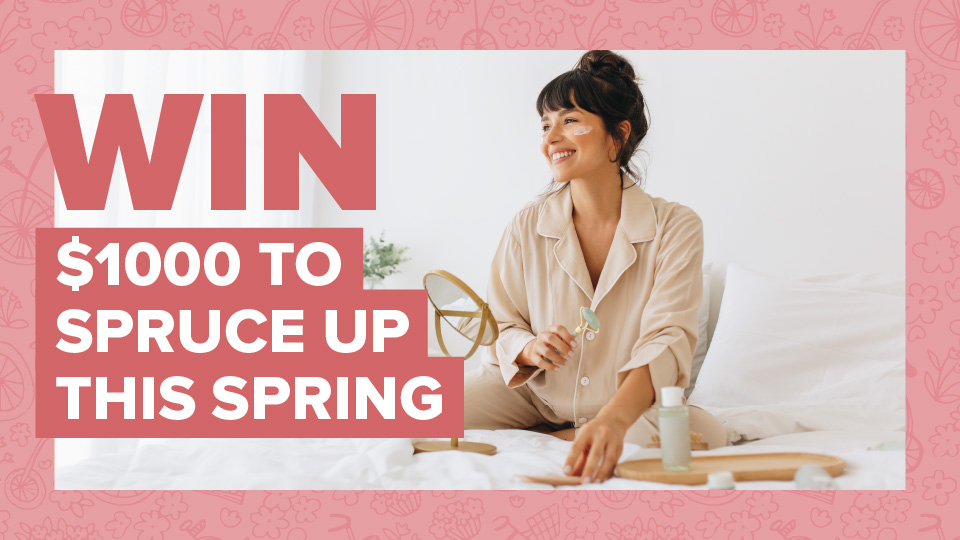